← more from
URBNET
Get fresh music recommendations delivered to your inbox every Friday. 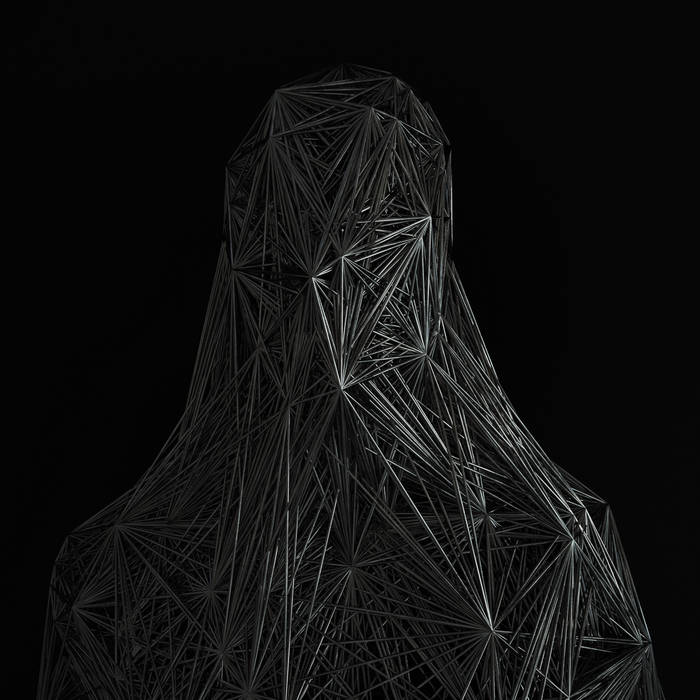 AstroPhuzz Auxx has fantastic hair. The music is quite good too.

Louis Sterling is a musical innovator, technician, and creator, but you can call him Auxx, a moniker aptly borrowed from his fascination with the auxiliary sends of a mixing desk. Auxx (pronounced ‘Awks’) is an electronic and experimental producer hailing from Bath, United Kingdom, whose contemporary sound is characterized by otherworldly production, using various buzzing SP-404 effects, unique synth sounds, and off-kilter drum patterns. His new seven track EP titled 23/09, artwork by Grégoire A. Meyer, was entirely self-produced and recorded, and is set for worldwide release with URBNET on Friday July 21st. 23/09 will be available via digital, cassette, and limited edition 10” lathe cut record.

Auxx’s repertoire includes an impressive collection of singles and collaborations with global beat makers and producers, and an EP titled Pixelated (Glitches). His stylistic technique developed with an amalgamation of opportunities, as exemplified through his work with with Conehead (昱升曾) of Taiwan, German based producer Jusoul (Goodbois Collective), and RU of the famous collective, Jabbawockeez. Pixelated (Glitches) received highly positive reviews from major labels and blog heads such as Potholes music, Collective Resonance, The Soul Dojo and Mellow Orange, who praised him for empowering the UK beat scene, and manifesting his sound at such a young age. Popular UK blog site Rhythmist (formerly Micasa), expressed,

"When you think of “beat” music the immediate connotations that spring to mind include L.A, Flying Lotus, Dabrye, Brainfeeder, HW&W, J Dilla etc etc. – anything associated with the US, basically. So when Louis Sterling aka Auxx got in contact with us, we were pleasantly surprised to hear a UK artist with such a heavy US theme run through his music – something highlighted by his off-beat and experimental tracks – and something immediately brought home by his work with his LA counterparts. I think we were more surprised that Sterling is producing the kind of music he is at his age...." (Pierce, 2014).

Auxx’s latest accomplishment 23/09 is no light feat; Sterling deals with a heavy hand of mixed experiences, and he encompasses raw themes into his music to produce a multi-faceted sound. “The day I’d officially moved to a new city, was the same day I’d later found out a family member passed away. It inspired me to question and explore unexpectedness, danger and mortality, the key foundations to curating the album, 23/09”. Rather than tribute, I decided to write a project that explores this phase of surrealism through the musical genres and styles I have been closely familiar with - from the statements and sinister atmospheres on “Black Wings”, to tracks such as “Lilith” - representing the closure of consciousness, knowing of its surrealism and unfamiliar outcome.”

While coming from a musically inclined family certainly allows for accessibility to different types of music, 23/09 demonstrates that we are privy to something truly un-matched and admirable. Auxx has created his own unique strain of beat music that boasts his growth as an artist, and is an excitable suggestion of what is to come.

Produced and Mixed by Louis Sterling
Except for A4 & B2, remixed by Gerard Roberts and Valance Drakes.
Artwork by Grégoire A. Meyer
Mastered by Darryl Rodway for URBNET

I’d like to give a special thanks to : Dipo Odubiyi (DipsUK), Aaron Good (AP-Ebonix), Jean Deaux, Proton and Mali Bone. A huge thank you to Kidkanevil (RBMA/Project Mooncircle) and Valance Drakes (Detroit Underground) for the official remixes. As for the artwork, I’d like to thank my friend Mark Klink for providing the beautiful artwork.

Last but not least, a big thank you to Mary Anne Hobbs of BBC 6 Music and Richard Pitt/Sam Bonham of BBC Introducing, not only for giving me the platform, but also the drive to continue creating pretty obscure music following my debut release, “Harmonics Contrast”, released on URBNET Records, North America (2015).

Auxx is the electronic music alias of Louis Sterling, an award-winning composer from Bath, United Kingdom.

Bandcamp Daily  your guide to the world of Bandcamp