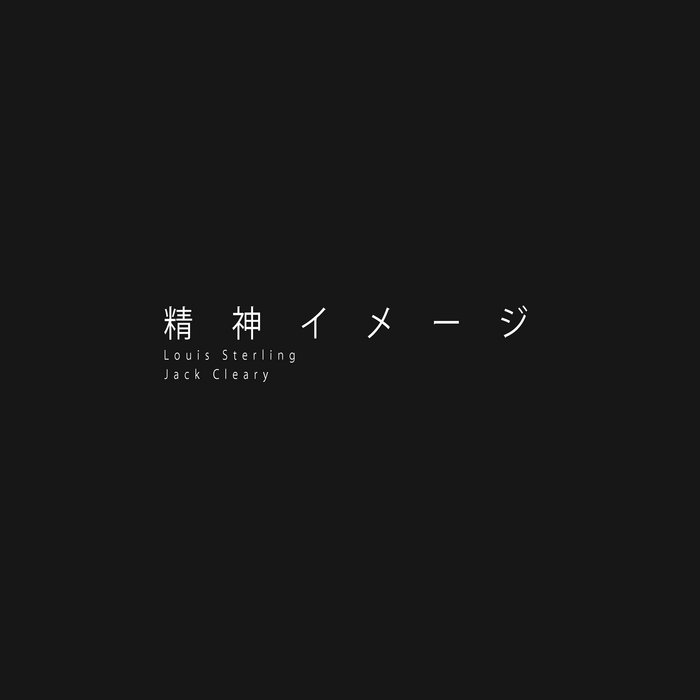 You can stream and/or buy this release via most other major online services. Choose your preference via the link...

As an exploration of spiritualism, this release is a dedication to Japanese culture, through their signature styles of IDM, Breakbeat, Ambient, Indie Rock, and UK Soundsystem culture. Delicately produced both musically and conceptually, the project not only translates as a strong body of work, but also narrates a cinematic journey.

“Spirit Image” (Side A), produced by Louis Sterling, consists of complex computer programming, polyrhythmic patterns and binaural vocal samples. An evidently progressive piece, the track also features an excerpt from “Spirits Of The Dead”, written by poet Edgar Allan Poe (1809 - 1849). This first track was premiered on the BBC Introducing In The West show on April 1st.

“Sanzu” (Side B), is a joint effort by Louis and Jack. It heavily delves into the narrative, standing as the musical representation of Japan's Sanzu River, also known as the River of Three Crossings. In Japan, it is believed that the dead must cross the river on the way to the afterlife, being a belief reflected in Japanese funerals when six coins are placed in the coffin with the dead.

Many thanks to Shuya Sato A.K.A axion117, for helping with English-Japanese translation

Auxx is the work of Louis Sterling, a british experimental electronic producer, sound designer and DJ from Bath, United Kingdom.

Bandcamp Daily  your guide to the world of Bandcamp

Featuring Gary Bartz, 5 years of Rhythm Section Intl and an LP of the week by Nicolas Jaar